On the 5th of December the Swiss Selection was held in EPFL, Lausanne. For the first time two teams from two different universities took part in this event. University of Fribourg was represented by the team composed partially from experienced participants who went to the IPT2015. Despite that after 3 tough rounds the EPFL teams celebrated it’s victory. Both teams demonstrated high level of preparation and motivation. The Swiss Selection serves as a preparation step for the big International Tournament.

Now CRAABE are preparing for the written pre-selection. We wish the Swiss team all the best and hope for a high place on IPT 2016! 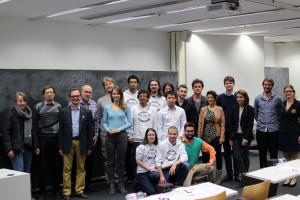